China has fired up a machine designed to make unlimited energy fusion reactor known as the “artificial sun” – and wants to make it even hotter than the real sun.

The Chinese experimental nuclear fusion reactor smashed the previous record, set by France’s Tore Supra tokamak in 2003, where plasma in a coiling loop remained at similar temperatures for 390 seconds. EAST had previously set another record in May 2021 by running for 101 seconds at an unprecedented 216 million F (120 million C). The core of the actual sun, by contrast, reaches temperatures of around 27 million F (15 million C).

Fusion reactor test being run on the Experiential Advanced Superconducting Tokamak (EAST) trying to get a higher temperature and longer duration at the Hefei Institutes of Physical Science research centre, The US Sun reports.

The EAST harnesses extremely high temperatures to boil hydrogen isotopes into a plasma, fusing them together and releasing energy, Reuters reports. The energy will create almost no radioactive waste and only require small amounts of fuel.

“The recent operation lays a solid scientific and experimental foundation towards the running of a fusion reactor,” experiment leader Gong Xianzu, a researcher at the Institute of Plasma Physics of the Chinese Academy of Sciences.

The device is already close to seven times warmer than the sun, but scientists are trying to upgrade the EAST’s auxiliary heating system to make it more “hot” and “durable”, local media Xinhua News Agency reported.

But replicating the conditions found inside the hearts of stars is no simple task. The most common design for fusion reactors, the tokamak, works by superheating plasma (one of the four states of matter, consisting of positive ions and negatively-charged free electrons) before trapping it inside a donut-shaped fusion reactor chamber with powerful magnetic fields.

Keeping the turbulent and superheated coils of plasma in place long enough for nuclear fusion to happen, however, has been a painstaking process. More than 10,000 Chinese and foreign scientific researchers have worked together to bring to life the artificial sun.

EAST is expected to cost China more than $1 trillion by the time the experiment finishes running in June, and it is being used to test out technologies for an even bigger fusion project.

Set to be the world’s largest nuclear fusion reactor and the product of collaboration between 35 countries — including every state in the European Union, the U.K., China, India and the U.S. — ITER contains the world’s most powerful magnet, making it capable of producing a magnetic field 280,000 times as strong as the one around the Earth, Live Science previously reported. 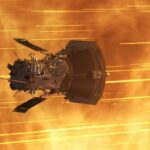 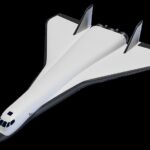