The U.S Federal Aviation Administration (FAA) has delayed completion of an environmental review of SpaceX Starship program by at least another month, to April 29 at the earliest.

The FAA has been working on a programmatic environmental assessment (PEA) of Starbase, the South Texas site where SpaceX develops, builds and tests its next-generation Starship vehicle, for months now. The agency published a draft PEA in mid-September, estimating at the time that the final report would be done by the end of the year.

The company would shift its entire Starship program to the Kennedy Space Center in Cape Canaveral, Florida, where SpaceX already has received the environmental approval it needs, Musk said.

That didn’t happen; the FAA pushed the completion date back to Feb. 14, citing the need to consult further with other agencies and analyze the thousands of public comments submitted in response to the draft PEA.

The FAA’s previous target date was March 28. The FAA noted that completing the environmental review does not guarantee a vehicle operator license will be issued, which must also meet FAA safety, risk and financial responsibility requirements.

The target date slipped again, to March 28, for similar reasons. And the FAA announced today (March 25) that the same factors have pushed the target date to the right yet again, to April 29.

Today’s news likely won’t have much of an impact on Starship’s development timeline, however. SpaceX is gearing up to launch the first-ever Starship orbital test flight, but the company likely won’t be ready for that milestone until May at the earliest, Elon Musk said recently.

SpaceX founder Elon Musk said last month he was “highly confident” his new SpaceX Starship, designed for voyages to the moon and Mars, will reach Earth orbit for the first time this year.

Starship is a giant, fully reusable rocket-spaceship duo that SpaceX is developing to take people and cargo to the moon, Mars and other distant destinations. Musk believes that the vehicle will make ambitious exploration feats such as Mars colonization economically feasible.

The FAA is deciding whether the planned build-out in Texas poses a significant environmental impact to the area – including an adjacent wildlife reserve – and must therefore undergo a far more extensive study before expanded operations at SpaceX’s rocket production facility and spaceport in Boca Chica can be licensed.

Though Starship has yet to go orbital, it does have some flights under its belt. In May 2021, for example, a three-engine prototype known as SN15 (“Serial No. 15”) aced a roughly 6.2-mile-high (10 kilometers) flight into the South Texas sky.

Starship will be powered by SpaceX’s new Raptor engine. Each rocket-spaceship stack will require 39 Raptors — 33 for the first-stage booster, which is known as Super Heavy, and six for the upper-stage spacecraft, which is called Starship.

Such a move would cause a setback of six to eight months, he added. In any case, SpaceX is still shooting for a 2023 launch of what it calls the world’s first private lunar mission, flying aboard a Starship to loop around the moon and return to Earth.

Building enough Raptors to support Starship and its envisioned high flight frequency may prove to be one of the program’s biggest challenges. Indeed, an engine bottleneck is one reason that SpaceX isn’t yet ready to launch the debut orbital mission. 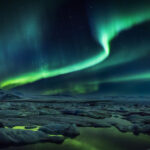 NASA set to launch 2 rockets into the northern lights 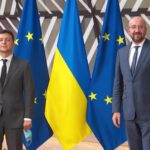 Ukraine plans to join the EU. Will its space hope expand?