Two recent studies shed new light on the Moon’s origin story, suggesting that there’s more to the formation of Earth’s natural satellite. One study claims a messier origin to the Moon with multiple collisions that birthed the orbiting rock. In contrast, the second study claims that the Moon is much younger than previously believed.

The giant impact theory – which states that the Moon formed from the a collision between the early Earth and a rocky body called Theia – has become the front runner among the explanations.

According to the giant impact theory, Theia the Mars-sized body collided with Earth 4.5 billion years ago, throwing vaporized chunks of the young planet’s crust into space. Gravity bound the ejected particles together, creating a moon that is the largest in the solar system in relation to its host planet.

The theory explains the way and the speed which the Earth and Moon spin around each other. Earth and Moon are tidally locked, which means that the Moon always shows the same side towards Earth as it spins around it. This is why it was such an achievement when the Chinese landed their Chang’e 4 spacecraft on the far side of the Moon in 2019 – direct communications with that side are never possible from Earth.

This sort of formation would explain why the moon is made up predominantly of lighter elements, making it less dense than Earth — the material that formed it came from the crust, while leaving the planet’s rocky core untouched.

According to NASA, “When the young Earth and this rogue body collided, the energy involved was 100 million times larger than the much later event believed to have wiped out the dinosaurs.”

The Moon and the Earth are nearly identical in composition. The differences are that the Moon has less iron and less of the lighter elements such a hydrogen, which are needed to produce water. The giant impact theory explains why. The heavy element iron would have been retained on Earth. And the heat produced during the impact and the ejection into space would have boiled the lighter elements off while the rest of the material of Earth and Theia would have mixed.

Although this is the most popular theory, it is not without its challenges. Most models suggest that more than 60%of the moon should be made up of the material from Theia. But rock samples from the Apollo missions suggest otherwise.

With the results from this study the giant impact theory has crossed another hurdle in explaining the formation of our Moon, and we have learned a little more about Theia itself on the way.

In 2012, researcher Robin Canup, of the Southwest Research Institute in Texas, proposed that Earth and the moon formed at the same time when two massive objects five times the size of Mars crashed into each other.

“After colliding, the two similar-sized bodies then re-collided, forming an early Earth surrounded by a disk of material that combined to form the moon,” NASA said.

Now a new study, published in Nature Geoscience, has shed light on what actually happened by solving one of the biggest mysteries surrounding the crash – why the Moon ended up being nearly identical to Earth, rather than Theia, assuming she existed.

In 2020 research published in Nature Geoscience, offered an explanation as to why the moon and Earth have such similar composition. Having studied the isotopes of oxygen in the moon rocks brought to Earth from Apollo astronauts, researchers discovered that there is a small difference when compared with Earth rocks. The samples collected from the deep lunar mantle (the layer below the crust) were much heavier than those found on Earth.

Moons can also form at the same time as their parent planet. Under such an explanation, gravity would have caused material in the early solar system to draw together at the same time as gravity bound particles together to form Earth. Such a moon would have a very similar composition to the planet, and would explain the moon’s present location. However, although Earth and the moon share much of the same material, the moon is much less dense than our planet.

Without the Moon, life on Earth would not have looked the same.

The Moon is in part responsible for Earth’s changing seasons. The impact that birthed the Moon may have also resulted in the planet’s tilt. This tilt gives Earth its changing seasons as parts of the planet tilts closer and further away from the Sun’s light and warmth.

The Moon still helps Earth maintain that tilt until today.

A 2018 study also suggests that 1.4 billion years ago, a day on Earth lasted for only 18 hours because the Moon was closer to our planet, affecting how Earth spun on its axis. 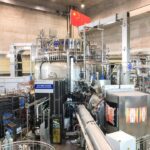 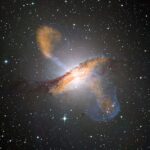