Over the past several years, scientists have published research suggesting that people’s brains change after spending longer than a few months in space. These studies started because astronauts experienced issues like vision problems and swollen optic nerves upon returning to Earth after long missions.

Russian cosmonaut Valeri Polyakov spent 437 days on the Mir space station from 1994 and 1995 still holds the record for the longest time a person has stayed in space.

NASA’s Scott Kelly clocked in 340 days from 2015 to 2016 and Christina Koch, famed for participating in the first all-female spacewalk, spent 328 days in space while aboard the ISS in 2019.

In a new study of five male cosmonauts (Russian astronauts), researchers looked at levels of different proteins in the blood that are often also seen in people with some sort of head trauma or brain disease. They found that on average, the cosmonauts had higher levels of some of the proteins in the three weeks.

The team found that spaceflight causes fluid around the brain to pool at the base of the cerebrum, as if the brain is ‘floating higher’ in the skull.

This could play a key role in a condition called Spaceflight Associated Neuro-Ocular Syndrome, which causes visual changes and flattening in the back of the eye.

For over twenty years, humans have been visiting the International Space Station, which orbits Earth more than 200 miles above the planet. A typical trip lasts about six months. The space station is in free fall around Earth, so people on the space station experience a state of near weightlessness. Such “microgravity” is thought to be the main cause of a number of changes the human body can experience while in spaceflight, including the loss of muscles and bone density.

Another interesting link with Alzheimer’s raised by the new research is the increase in levels of amyloid beta proteins seen in blood tests after the cosmonauts returned to Earth. The abnormal accumulation of proteins are believed to be the primary pathological sign of Alzheimer’s neurodegeneration.

Henrik Zetterberg, professor of neuroscience and one of the study’s two senior co-authors, said in a statement: ‘This is the first time that concrete proof of brain-cell damage has been documented in blood tests following space flights.

The adverse effects on the body of long periods in space have been known for some time. The negative changes include atrophic muscles, decreasing bone mass, deteriorating vision and altered bacterial flora in the gut.

After their return to Earth, follow-up blood samples were taken on three occasions: one day, one week, and about three weeks respectively after landing. Five biomarkers for brain damage were analyzed. They were neurofilament light (NFL), glial fibrillary acidic protein (GFAP), total tau (T-tau), and two amyloid beta proteins.

For three of the biomarkers — NFL, GFAP and the amyloid beta protein Aβ40 — the concentrations were significantly elevated after the space sojourn. The peak readings did not occur simultaneously after the men’s return to Earth, but their biomarker trends nonetheless broadly tallied over time.

“This is the first time that concrete proof of brain-cell damage has been documented in blood tests following space flights. This must be explored further and prevented if space travel is to become more common in the future,” says Henrik Zetterberg, professor of neuroscience. 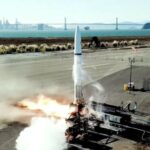 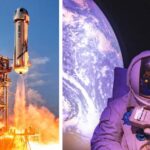