NASA selected the Juno mission in 2005 and originally planned to launch it in 2009, but it was delayed due to budgetary restrictions. Juno finally lifted off six years after its selection On Aug. 5, 2011, Juno launched to space from Cape Canaveral Space Force Station (formerly known as Cape Canaveral Air Force Station) in Florida. It finally arrived at Jupiter’s orbit five years later on July 4, 2016. It has been avidly studying the gas giant and its moons from orbit ever since.

“Since its first orbit in 2016, Juno has delivered one revelation after another about the inner workings of this massive gas giant,” said principal investigator Scott Bolton of the Southwest Research Institute in San Antonio. In August 2016, just a month after arriving at Jupiter, Juno first discovered that the planet’s well-known bands, the stripes that make it instantly recognizable, actually extend far out into Jupiter’s atmosphere.

Ten years since it launched and five years since arriving at Jupiter, Juno has been hard at work collecting data and observing the planet. NASA sent it to Jupiter to answer questions about the planet’s water, its atmosphere, its magnetic and gravity fields and more.

NASA’s Juno mission is exploring Jupiter from orbit, beaming back amazing photos, atmospheric data and other observations about the largest planet in our solar system. It is the farthest space probe ever to be powered by solar arrays. The $1.1 billion mission is expected to run through July 2021, but the science of Jupiter it returns will last a lifetime. The Juno probe launched Aug. 5, 2011 and arrived in orbit around Jupiter on July 4, 2016.

In addition to the craft’s ongoing discoveries and exploration, it has also collected a plethora of incredible images of the Jovian system. In 2017, the probe took a multitude of images of the planet’s iconic Great Red Spot, which gave us here on Earth an incredible, up-close look at something we had seen from far away for so long.

The extended mission’s science campaigns will expand on discoveries Juno has already made about Jupiter’s interior structure, internal magnetic field, atmosphere (including polar cyclones, deep atmosphere, and aurora), and magnetosphere.

This expansion tasks Juno with becoming an explorer of the full Jovian system. NASA has authorized a mission extension for its Juno spacecraft exploring Jupiter. The agency’s most distant planetary orbiter will now continue its investigation of the solar system’s largest planet through September 2025, or until the spacecraft’s end of life.

In 2021, NASA extended Juno’s mission to keep the probe exploring through September 2025, unless the spacecraft stops functioning sooner. This extension will allow the probe to continue to explore not just Jupiter, but the entire Jovan system, which includes the planet along with its rings and many moons (at last count, Jupiter has 79 known moons, 53 of which have been named and four of which are the largest, known as the “Galilean moons.”)

The data Juno collects will contribute to the goals of the next generation of missions to the Jovian system. NASA’s Europa Clipper and the ESA (European Space Agency) Jupiter Icy moons Explorer (JUICE) mission. Juno’s investigation of Jupiter’s volcanic moon Io addresses many science goals identified by the National Academy of Sciences for a future Io explorer mission.

Jupiter’s enigmatic Great Blue Spot, an isolated patch of intense magnetic field near the planet’s equator, will be the target of a high-spatial-resolution magnetic survey during six flybys early in the extended mission. As Juno’s orbit evolves, multiple flybys of the moons Ganymede (2), Europa (3), and Io (11) are planned, as well as multiple passages through Jupiter’s tenuous rings.

Every science pass sends the solar-powered spacecraft zooming low over Jupiter’s cloud tops, collecting data from a unique vantage point no other spacecraft has enjoyed. The natural evolution of Juno’s orbit around the gas giant provides the wealth of new science opportunities that the extended mission capitalizes on. 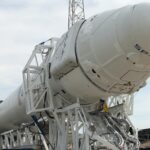 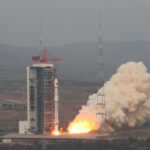