NASA will get just over $24 billion this year, if Congress is able to pass a newly devised omnibus spending bill.

The funding package, which allocates a total of $1.5 trillion throughout the government, would give NASA about $760 million less for fiscal year 2022 than U.S. President Joe Biden requested last year. (The fiscal year runs from Oct. 1 through Sept. 30.)

The report does not include a requirement the Senate version included for NASA to select a second HLS provider. Instead, it directs NASA to provide a report within 30 days of enactment “explaining how it will ensure safety, redundancy, sustainability, and competition in the HLS program within the resources provided by this Act and included in the fiscal year 2023 budget request.”

The difference comes primarily in two areas: science and space technology, each of which is allocated about $300 million less in the omnibus bill than in the Biden administration’s 2022 budget request, according to SpaceNews.

The bill also provides full funding, $101.1 million, for NASA’s commercial low Earth orbit development effort. The Senate bill provided the same funding while the House version provided less than half that amount. That program supports work on commercial space stations intended to succeed the International Space Station by the end of the decade.

The funding for NASA’s Human Landing System (HLS) program, which is working to put astronauts on the moon in the middle of the 2020s with the help of SpaceX’s Starship vehicle, stays the same at $1.195 billion, SpaceNews reported.

The spending bill, which funds the federal government for a fiscal year that started the previous Oct. 1, provides $24.041 billion for NASA. The agency’s original request last spring sought $24.8 billion for the agency. NASA received $23.271 billion in fiscal year 2021.

However, a report accompanying the new bill instructs NASA to submit a report, within 30 days of the bill’s approval, outlining how the agency plans to maintain safety, competition and redundancy in the HLS program, according to SpaceNews.

The largest cut came in NASA’s space technology directorate. The administration sought $1.425 billion for space technology, but the omnibus bill instead funds it at $1.1 billion, the same amount as 2021. It also directs $110 million of that funding to nuclear thermal propulsion development, which was not included in the administration’s proposal.

The omnibus spending bill is not yet law; both the U.S. House of Representatives and the Senate still need to pass it before it can get to President Biden’s desk. The continuing resolution (CR) that currently funds the federal government expires on Friday (March 11), so there is some time pressure to get things done.

Appropriators also cut $317 million from various science programs in the final bill as compared to the request, although overall funding of $7.614 billion is still more than $300 million above what they received in 2021.

The report accompanying the bill provides mixed messages on NASA’s Stratospheric Observatory for Infrared Astronomy (SOFIA), an airborne observatory that NASA sought to cancel in the request. “The agreement notes all recommendations of Astro2020,” it states, a reference to the astrophysics decadal survey released last November that recommended NASA terminate the program because of its high operating costs and “modest scientific productivity.” 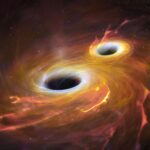 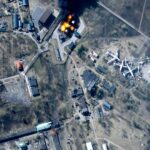