The spacecraft launched from pad 039A at NASA’s Kennedy Space Center in Florida Friday (April 23). The Crew Dragon spacecraft previously carried NASA astronauts Bob Behnken and Doug Hurley to the International Space Station (ISS) as part of SpaceX’s Demo-2 test flight. The flight is the first time that a SpaceX Crew Dragon vehicle was reused for a launch. And the first time that two Crew Dragon vehicles are docked at the station at the same time.

A used SpaceX Crew Dragon capsule carrying four astronauts to the International Space Station as part of the company’s. Crew-2 mission docked successfully at the orbiting lab early Saturday (April 24). The four astronauts arrived safely at the station about 23 hours after their successful launch, ready to begin their mission in space. They’re expected to open the hatches between their Crew Dragon and the station at 7:15 a.m. EDT (1115 GMT).

On board were two NASA astronauts, mission commander Shane Kimbrough, 53, and pilot Megan McArthur, 49. Along with Japanese astronaut Akihiko Hoshide, 52, and fellow mission specialist Thomas Pesquet, 43. And also a French engineer from the European Space Agency.

The four SpaceX Crew-1 astronauts who arrived at the ISS in November, met the new station residents, helping them aboard. With the new crew arrival, there will be 11 astronauts on the station for a few days, until the four Crew-1 astronauts return to Earth in their Crew Dragon, named Resilience, on Wednesday (April 28).

Of the 11 people on board, nine are in the U.S. segment of the space station, which has four sleeping quarters for astronauts. With the two commanders out in their Dragons, that leaves three people needing a place to sleep. Crew-1 astronauts Soichi Noguchi of JAXA, and Shannon Walker and Victor Glover of NASA.

Reusable booster vehicles, designed to fly themselves back to Earth and land safely rather than fall into the sea after launch. The heart of a re-usable rocket strategy that SpaceX helped pioneer to make spaceflight more economical.

SpaceX crews rushed to the Crew Dragon to secure the spacecraft and haul it on board a company recovery ship. Astronauts remained inside, waiting for the capsule to be hauled aboard where personnel were standing by to help them get out, on stretchers if needed, as they began re-adjusting to gravity after five and a half months in space.

The mission marks the second “operational” space station team launched by NASA aboard a Crew Dragon capsule. Since human spaceflights resumed from American soil last year, following a nine-year hiatus at the end of the U.S. space shuttle program in 2011. It is also the third crewed flight launched into orbit in 11 months under NASA’s fledgling public-private partnership with SpaceX.

The four new residents of the orbiting outpost will spend the next six months working and living in space. They will work on more than 200 science experiments, conduct spacewalks and more during their time at the station. It’s orbit about 250 miles (400 kilometers) above the Earth.

SpaceX’s next crewed mission to the space station will be Crew-3, which is currently set to lift off Oct. 23. However, if SpaceX stays on schedule, the Crew-3 launch will be preceded by Inspiration4. The first-ever all-civilian crewed space mission, which is set to launch four space tourists on a three-day orbital mission on a Crew Dragon spacecraft no earlier than Sept. 15. 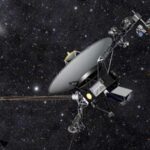 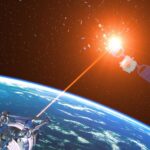