Jeff Bezos’ Blue Origin on Monday announced it wants to launch a space station. Blue Origin describes the Orbital Reef space station, which would be habitable for up to 10 people, as a “mixed use business park” in space — as well as capable of “exotic hospitality” for space tourists.

According to a fact sheet released by Blue Origin, Orbital Reef will fly at an altitude of 500 kilometers (310 miles), slightly above the ISS, with inhabitants experiencing 32 sunrises and sunsets a day. It will support 10 people in a volume of 830 cubic meters (30,000 cubic feet), which is slightly smaller than the ISS, in futuristic modules with huge windows.

The companies said they envision that Boeing’s new Starliner spacecraft and Sierra Space’s Dream Chaser would provide human and cargo transport to Orbital Reef. The plan is to also launch most of Orbital Reef’s modules on Blue Origin’s future New Glenn rocket — another rocket that hasn’t flown yet.

Blue Origin will provide the space station’s utility systems and core modules. It’s possible that smaller pieces of the station could fly on other commercial rockets. “The large volume modules and systems that Blue Origin is building are optimized for New Glenn’s diameter and throw capacity,” Sherwood said.

Sierra Space’s most well-known project is the Dream Chaser, a winged spaceplane designed to carry cargo — and perhaps people one day — to the International Space Station. Dream Chaser is scheduled to begin cargo flights in 2022.

Redwire Space, which went public in September, will run the station’s payload operations and build deployable structures. Redwire also plans to use Orbital Reef for microgravity research, development and manufacturing.

Shares of Redwire Space were halted temporarily by the New York Stock Exchange after surging following the announcement. The stock jumped as much as 40% in trading, but gave up most of the gains to finish the day up 8% at $13.14.

Blue Origin vice president Brent Sherwood said the team is not going to give “a specific number” on how much the Orbital Reef space station will cost, adding that the financial numbers are commercially sensitive.

Blue Origin boasts that the space station will have an “open system architecture” that will allow a variety of people and customers to use the facility. A list of possible users included space agencies, media and travel companies, entrepreneurs and investors, tech companies, and more, according to Blue Origin.

“We will expand access, lower the cost, and provide all the services and amenities needed to normalize space flight,” said Blue Origin executive Brent Sherwood.

The private outpost is one of several planned in the coming years as NASA considers the future of the International Space Station after the 2020s.

Currently, the ISS is slated to continue operating through 2024, and NASA has been eyeing an extension of the program through 2028. But the ISS is expensive, costing NASA $3 to $4 billion to operate each year, and the decades-old station can’t last forever.

It is currently rated as safe until 2028 and new administrator Bill Nelson has said he hopes it will last until 2030, by which time NASA wants the commercial sector to step up and replace it.

NASA planning to retire the International Space Station by the end of the decade, the CLD program represents an effort to turn to private companies for new space stations — with the space agency expecting to save more than $1 billion annually as a result. 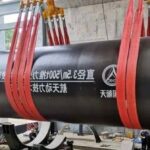 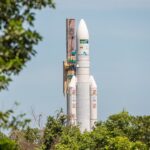