The researchers found that the more than 9,300 tons (8,440 metric tons) of space objects orbiting Earth, including inoperative satellites and chunks of spent rocket stages, increase the overall brightness of the night sky by more than 10% over large parts of the planet.

Such an increase would mean large swathes of the planet are considered light polluted, making it increasingly difficult for astronomers to take accurate measurements

Such an increase would mean large swathes of the planet are considered light polluted, making it increasingly difficult for astronomers to take accurate measurements.

Astronomers estimate that, from a dark site, we see about 2,000 stars with the eye alone. And if we’re lucky, we might also see a satellite, or even two, crossing the sky. But, in the future, a significant of the 2,000 visible “stars” might not be stars at all.

According to the researchers, satellites and space garbage ruin astronomical images by scattering reflected sunlight, producing bright streaks that are indistinguishable from — and often brighter than — objects of astrophysical interest.

The researchers found that this effect is most pronounced when viewing the cosmos with low-resolution detectors, such as the human eye, resulting in a diffuse brightness across all of the night sky. Telescopes with high angular resolution and high sensitivity may also have part of their images ruined by the light pollution.

And the night sky could get even junkier and brighter, especially with the ongoing installation of “mega-constellations,” — large arrays of commercial satellites that aim to provide global internet access.

The Union of Concerned Scientists, which keeps a record of operational satellites, said that – as of January 2021 – there were 6,542 satellites in Earth orbit. Of that total, 3,372 are active and 3,170 are inactive.

At least 12 operators, including Amazon, SpaceX and OneWeb, have plans to launch new mega-constellation satellites or expand existing networks. SpaceX’s Starlink currently has 1,200 satellites in orbit, but the company intends to increase its fleet to 42,000 in the coming decades — roughly 14 times the number of operational satellites in orbit today.

SpaceX currently has approval to launch 12,000 satellites, but the company’s plans call for launching as many as 30,000 spacecraft. The launches are coming thick and fast, up to four a month, each injecting up to 60 satellites into orbit.

Their simulations showed that in just a few years, approximately one in every 16 “stars” will be a moving satellite. And in some regions during some times of the year, satellites will appear in the sky all night long instead of just around twilight and dawn.

The increasingly crowded sky also ups the likelihood of satellites colliding with each other and other objects, creating more shiny debris.

Researchers from a plethora of institutes in the US and Europe found there are now more than 9,300 tons (8,440 metric tons) of space objects orbiting Earth.

The study published in Monthly Notices of the Royal Astronomical Society: Letters found that the number of object orbiting Earth could increase the brightness of the night’s sky by more than 10 percent above natural levels.

According to the team, satellites and space junk ruin views of the cosmos by scattering reflected sunlight. This can produce bright streaks which are indistinguishable from bodies such as stars.

Companies that plan to launch mega-constellations of satellites are aware of the issue. They know their bright satellites might ruin the night sky. They say they’re working to mitigate the issue. There are no regulations. So their compliance is voluntary. Some companies are testing shields to reduce the glare. Others are considering moving the satellites into lower orbit so they cross more quickly.

The European Space Agency (ESA) signed a £75million ($102million) deal with Swiss-start up firm ClearSpace SA to bring a huge piece of space junk down from orbit which posed a threat to satellite technology to demonstrate space-clearing technology. 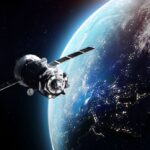 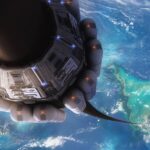