A six-year search of space beyond the orbit of Neptune has netted 461 newly discovered objects. These extraordinarily distant objects might shed light on Planet Nine. A theoretical, never-observed body that might be hiding in deep space, its gravity affecting the orbits of some of the rocky objects at the solar system’s edge.

We’ve not found many of these objects, so every new one adds an additional data point that could help either find or rule out the existence of Planet Nine. The new catalog adds another nine extreme TNOs to the mix. Four of which have semi-major axes greater than 230 astronomical units. An astronomical unit is the distance from the Earth to the sun, about 93 million miles or 149.6 million kilometers.

The Dark Energy Survey didn’t set out to look for TNOs. It ran between August 2013 and January 2019, collecting 575 nights’ worth of infrared and near-infrared data on the southern sky. The goal was to study a range of objects and phenomena such as supernovae and galaxy clusters. To try to calculate the acceleration of expansion of the Universe, thought to be influenced by dark energy.

The new observations come courtesy of the Dark Energy Survey, an effort to map the universe’s galactic structure and dark matter that began in 2013. Six years of observation from the Blanco Telescope in Cerro Tololo in Chile yielded a total of 817 confirmed new objects.

All this new information, the researchers said, represents a significant increase in our understanding of the outer Solar System. So far, the Dark Energy Survey’s data has contributed around 20 percent of all known TNOs, which is pretty huge.

The objects in the study are all at least 30 AU away, in a region of the solar system that is almost unimaginably dark and lonely. More than 3,000 trans-Neptunian objects, or TNOs, have been identified in these icy reaches. They include dwarf planets such as Pluto and Eris as well as small Kuiper Belt objects like Arrokoth. A rocky body visited by the New Horizons spacecraft in 2019.

Adding to the weirdness, the trans-Neptunian object, which has been nicknamed “Niku,” is also spinning around the sun backwards, in the opposite direction of the rest of the planets. So far, astronomers have little idea what could cause such abnormal celestial behavior.

A new object past Neptune has been found orbiting the Sun, nearly perpendicular to the planets in the Solar System. The newly found object, named Niku, was discovered by a team of astronomers using the Panoramic Survey Telescope & Rapid Response System (Pan-STARRS) telescope in Haleakala, Maui.

Niku, which is around 200 kilometers (124 mi) in diameter, isn’t conforming to the Solar Systems norms. It’s not moving from East to West, but upwards. Orbits the Sun on a plane tilted 110 degrees above the orbital plane of the planets in the Solar System. The weirdest thing about this finding is that this object is not only tilted. But also orbiting backwards, opposite the orbital direction of the planets

Two planets in the Solar System, however do not follow this norm either. Venus and Uranus were believed to have been hit by another celestial body, thus altering their rotation. Initially, a similar collision was suspected to have caused Niku to orbit the sun backwards, which would also explain the object’s 110-degree inclination.

Researchers have found another three transneptunian objects (TNOs) that, like the first six. May be corroborate Planet Nine’s existence and help narrow down its putative orbit.

The mysterious and still mythical (as of now) Planet Nine was also a primary suspect to the alteration. But further scrutiny concluded that Niku is too close to the center of the Solar System. That is beyond a hypothetical Planet Nine’s gravitational reach.

At least 155 of the newly discovered objects are what astronomers called “detached”. This means that they are far enough from Neptune that the large planet’s gravity doesn’t affect them much; instead, they’re mostly tied to the solar system by the distant pull of the sun. Detached objects, sometimes known as extended scattered disc objects, tend to have huge elliptical orbits. 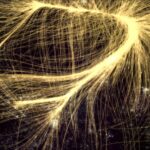 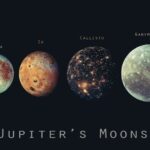