Boeing Starliner new astronaut taxi has landed safely back on Earth, wrapping up its long-anticipated and crucial demonstration mission to the International Space Station (ISS).

Shaped like a gumdrop, Boeing Starliner capsule was built in partnership with NASA in order to launch the agency’s astronauts to and from the International Space Station, or ISS. The mission is part of NASA’s Commercial Crew Program, which challenged private companies with creating space taxis to carry people to low Earth orbit.

But before NASA will let its personnel ride on the vehicle, the space agency wanted Boeing Starliner to demonstrate that it could go through all the motions of a trip to the ISS — without people on board.

Boeing Starliner lifted off atop a United Launch Alliance Atlas V Rocket on the evening of May 19 and arrived at the ISS about 24 hours later. That was a huge milestone for Boeing, and one that the aerospace giant had tried to achieve once before.

With today’s landing, that uncrewed test flight — called OFT-2 — has come to an end, with Boeing Starliner performing every major step it was meant to accomplish. The capsule successfully launched to orbit on May 19th, riding to space on top of an Atlas V rocket; it approached and docked with the ISS on May 20th; and it undocked with the space station this afternoon before heading home. It wasn’t a completely smooth flight, though.

Boeing Starliner launched on the original OFT in December 2019 but failed to rendezvous with the International Space Station as planned after suffering a series of software glitches. That previous mission also ended with a touchdown at the WSMR, albeit one that occurred sooner than expected. OFT-2 was Starliner’s do-over, and a major hurdle to overcome in certifying the vehicle to carry crew.

Throughout the mission, Boeing Starliner encountered a number of issues with its various thrusters, tiny engines used to maneuver and propel the vehicle through space. None of those problems proved to be fatal for the flight, though, and Starliner was able to complete OFT-2 as planned.

Boeing Starliner attempted to try again to launch Starliner last summer, but just hours before takeoff, the company halted the countdown after finding that more than a dozen propellant valves were sticking and not opening properly. It took Boeing up until now to fix the issues, and the company says it’s possible that a redesign of the valves may happen in the future.

At an altitude of about 1.5 miles (2.4 km), the drogue chutes detached and Boeing Starliner three main parachutes deployed, slowing Starliner to a manageable impact velocity. With about 3,000 feet (0.9 kilometers) to go, Starliner jettisoned its basal heat shield, exposing its airbags, which soon inflated to absorb the initial impact with the ground.

Landing is also a critical task for Boeing Starliner in order to bring passengers home safely. To demonstrate those capabilities for this flight, the capsule undocked with the ISS at 2:36PM ET this afternoon, slowly flying around the station and then distancing itself from the orbiting lab. At 6:05PM ET, Boeing Starliner used its onboard thrusters to slow itself down and take itself out of orbit, putting it on course with Earth’s surface.

NASA and Boeing identified four other potential landing sites leading up to Starliner’s return, citing weather as the ultimate deciding factor. One of these alternatives was a different location within the WSMR, and the other sites were in Arizona, Utah and California.

But now, two and a half years after the original botched flight, Boeing Starliner has finally shown that it can launch and autonomously dock with the ISS — a key feature it will have to perform over and over again when people are on board.

But Boeing Starliner ended up landing exactly where and when it was supposed to, coming down within 0.3 miles (0.5 km) of its target, according to Boeing representatives.

Shortly after, the vehicle plunged through the planet’s atmosphere, experiencing temperatures of up to 3,000 degrees Fahrenheit. Boeing Starliner then used a series of parachutes to slow its fall before landing in White Sands on top of airbags to help cushion the touchdown. It marked the second successful landing for Starliner, as Boeing already showcased the vehicle’s landing during its first botched test flight in 2019.

Though OFT-2 is now officially a success, Boeing Starliner did experience a few hiccups during the mission. For example, two of the thrusters on Starliner’s service module failed during its orbital insertion burn, which occurred about 30 minutes after launch. A backup thruster quickly compensated for the malfunctions, allowing the mission to continue without incident.

There was some slight concern about this landing, however, as Boeing Starliner experienced multiple problems with its thrusters throughout the flight. When the capsule launched to space last week, two of the 12 thrusters Starliner uses to insert itself into the right orbit failed.

Shortly after that incident, mission team members expressed confidence that the thruster failures would not affect the remainder of OFT-2. They also stated that determining a root cause would likely have to wait until Boeing Starliner post-flight inspections.

Boeing said drops in chamber pressure caused the thrusters to cut off early. Ultimately, Starliner’s flight control system was able to redirect to a backup thruster in time, and the capsule got into orbit as planned. However, those same thrusters were needed to take Starliner out of orbit, but they seemed to work as planned despite the two failed thrusters.

If those inspections and other analyses go well, NASA could end up certifying Boeing Starliner for crewed flight, potentially paving the way for an astronaut-carrying test mission to the ISS in the near future.

Boeing signed a multibillion-dollar contract with NASA’s Commercial Crew Program in 2014. SpaceX inked a similar deal at the same time and has already launched four operational astronaut missions to the ISS with its Falcon 9 rocket and Dragon capsule. 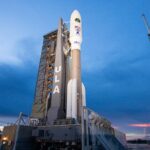