Imagine traveling high enough to see the curvature of the Earth against the blackness of space, not in a brief, high-adrenaline rocket ride but a luxurious and leisurely Spaceship like balloon flight up into the stratosphere.

Space tourism company Space Perspective has unveiled a redesign of its Spaceship travel capsule, promising passengers a smoother and safer journey to the edge of the stratosphere.

Space Perspective hopes to begin commercial flights in 2024, with paying passengers expected to pay about $125,000 apiece for the opportunity. The company has already started accepting seat reservations.

Space Perspective has worked with London-based industrial design studio Of My Imagination to redesign its Spaceship Neptune, which will use a giant hydrogen-filled balloon to fly tourists to space.

Despite its name, Spaceship Neptune won’t actually reach space, which officially starts at the Karman line, 62 miles (100 kilometers) above the Earth’s surface.

Now in production, the state-of-the-art Spaceship is designed to give passengers plenty of room to move around while they enjoy the 360-degree panoramic views. Space Perspective promises the experience will be “safer, more comfortable, and even more thrilling” compared to its previous capsule concept.

When a balloon is filled with a low-density gas such as hydrogen or helium, its resulting buoyancy causes it to rise up through the atmosphere, because the balloon is lighter than the volume of air it displaces.

Due to begin commercial flights in late 2024, Spaceship Neptune consists of a climate-controlled, pressurised passenger capsule that is lifted into space by a giant, high-performance hydrogen balloon.

As Spaceship rises higher and higher, the surrounding air gets thinner and thinner, and eventually, the balloon is confronted by Archimedes’ Principle, which halts the ascent when the ambient density is the same as its own. For a balloon like Spaceship Neptune, this will happen around an altitude of 20 miles (30km).

Even from an altitude of 20 miles (30km), Spaceship will be able to see the blackness of space above them and the spherical Earth below them, in a view not too different from that at the Karman line.

And thanks to Archimedes’ principle, once they reach their peak altitude they will just float there, rather than falling back to Earth like a suborbital rocket.

The Spaceship vessel enables a more comfortable indoor climate, according to Space Perspective, thanks to a patent-pending thermal control system and reflective coatings applied to the exterior and windows, which reduce solar gain.

Although Spaceship Neptune won’t reach the Karman Line, it will go above another key boundary called the Armstrong Line. Located around 12 miles (19km) altitude, the air pressure here is so low that water boils at normal body temperature.

An enhanced splash cone has also been incorporated to create a gentler and safer landing as the spaceship descends down into the ocean – an approach that NASA recommends as being the most low-risk.

In order to survive, this means humans need either a spacesuit or a pressurized cabin. Fortunately for Space Perspective’s customers, Spaceship Neptune will be equipped with the latter, in the form of a state-of-the-art capsule suspended beneath the balloon. But it isn’t the kind of cramped, utilitarian capsule normally associated with space travel. It’s both spacious and luxurious, giving the occupants 360-degree panoramic views.

“As design specialists we have integrated the travel experience and aesthetic – from headroom and groups of explorers being able to move around comfortably within Spaceship Neptune from chair to restroom to bar, to of course, maximising the once-in-a-lifetime views.” 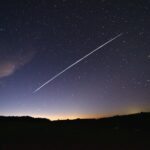 Starlink: How to see Starlink satellites 2022 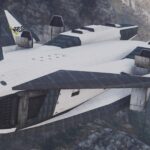 Spaceship: vehicles of Avatar used by the human invaders