Are there liquid-water lakes beneath Mars’ south polar ice cap? The answer seemed to be a big yes back in 2018 when scientists announced the first evidence for the lakes. But now, that initial, seemingly clear, result has gotten muddier. Scientists in Austin, Texas, asserted in late January, 2022, that Mars’ polar “lakes” are probably not lakes at all, but instead volcanic rock.

Almost simultaneously, scientists in San Antonio – only about 80 miles (129 km) away – provided new evidence supporting the idea of liquid lakes beneath Mars’ South Pole. And so the debate over lakes at Mars’ poles is raging.

There’s no surface water on Mars now, but there was a long time ago. If you ask most people interested in Mars, what’s left of it is underground and probably frozen.

But some previous evidence shows there’s a lake of liquid water under the planet’s South Pole Layered Deposits (SPLD). Other evidence refutes it. So what’s going on?

If you follow space news, you’ve likely been aware of the debate about water on Mars for decades. Prior to the 2018 announcement of possible liquid lakes at Mars’ poles, the discoveries were mostly about water-ice, possible small amounts of watery brines temporarily running on the surface, or yet more evidence for large amounts of water on ancient Mars.

So water on Mars is not a new subject. But the possibility of liquid lakes at Mars’ poles is relatively new. In 2018, radar data from the ESA’s Mars Express spacecraft hinted at an underground lake below the ice near Mars’ south pole. A team of Italian researchers reported the discovery in the journal Science. Data showed a 20 km (12.5 miles) long reflective subsurface zone, and the scientists concluded that it was water, or more accurately, brines.

So which is it? Liquid lakes or volcanic rock? It turns out that after the 2018 announcement of possible subsurface lakes on Mars (that earlier evidence came from ESA’s Mars Express spacecraft), some – but not all – scientists began to express doubts. The doubts sprang primarily from calculations suggesting that conditions needed to keep the water liquid on Mars were unlikely.

How did Grima and his team make that determination? Basically, they took a radar map of Mars and overlaid it with an imaginary ice layer one mile (1.6 km) thick. The researchers compared surface features across their imaginary Mars with those under Mars’ real ice cap. And, as they’d suspected they would, they found reflections across the planet similar to those at the poles. The sites of those reflections matched the locations of known volcanic plains on Mars.

The issue boils down to the reflectivity detected by an instrument on the Mars Express orbiter. The device is MARSIS (Mars Advanced Radar for Subsurface and Ionosphere Sounding.) It measures the subsurface composition of Mars and searches for frozen water. In a nutshell, liquid water and frozen water return different signals; liquid water is more reflective than frozen water.

Like the original study suggesting water lakes in 2018, Grima’s new study is based on data from the MARSIS radar on ESA’s Mars Express orbiter. Grima used three years of MARSIS radar data for his study.

The purported lake is buried about 1.5 km below the surface, and it’s briny, which makes it resist freezing. It’s analogous to lakes found in northern Canada, and NASA previously found the necessary salts on Mars that could keep the lake from freezing. So there were reasons to believe the findings were plausible.

Lakes of liquid water actually exist beneath glaciers in Arctic and Antarctic regions, so we have Earth analogs for finding liquid water below [Mars] ice. The exotic salts that we know exist on Mars have amazing ‘antifreeze’ properties allowing brines to remain liquid down to -103 degrees Fahrenheit. We studied these salts in our lab to understand how they would respond to radar.

A new research letter published in the journal Earth and Planetary Science Letters says that the original 2018 discovery of liquid water under Mars’ south pole could still be correct. Its title is “Assessing the role of clay and salts on the origin of MARSIS basal bright reflections.”

The first author is Elisabetta Mattei from the Department of Mathematics and Physics at Roma Tre University. Mattei and co-authors were also authors of the original 2018 paper showing the presence of liquid water under Mars’ southern polar region. This letter is a scientific response to other published findings against their initial discovery of a subsurface lake.

So, the bright radar spots might be water after all, although perhaps more like cold, wet sand or melted ice than lakes. We won’t know for sure until more data can be obtained from orbiters like Mars Express. 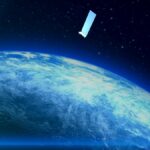 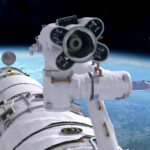