The National Oceanic and Atmospheric Administration will move its next Geostationary Operational Environmental Satellite (GOES) weather satellite into position over the Western United States soon after launch to speed up data delivery to the National Weather Service.

The next Geostationary Operational Environmental Satellite is set for launch, with improvements to avoid an instrument problem that caused issues in a predecessor mission.

The powerful weather satellite from the National Oceanic and Atmospheric Administration (NOAA) is set to launch March 1 at 4:38 p.m. EST (2138 GMT) from Cape Canaveral Space Station in Florida.

Once declared operational, the satellite will be renamed GOES-18 and monitor the western part of the United States. It will replace 2018’s GOES-17, which is operational but suffering from a cooling problem on its Advanced Baseline Imager (ABI) instrument.

GOES-T’s wide-ranging mandate includes monitoring wildfires, lightning, fog or storms across the Pacific Ocean, the western continental United States, Alaska and Hawaii. It will also act as a watcher for “space weather” such as solar storms, to form part of NOAA’s and NASA’s larger system that monitors solar activity to protect power grids, satellites and navigation systems.

Usually, GOES satellites spend about six months in their initial geostationary orbital slot before moving into position as GOES East or GOES West. For GOES-T, NOAA is moving more quickly because National Weather Service meteorologists want to obtain data from the satellite’s Advanced Baseline Imager “as soon as they possibly can to help backfill for some of the data that GOES-17 loses when it gets into the warm periods,” Sullivan said.

Soon after launching GOES-17 in 2018, NOAA discovered a blockage in the loop heat pipe that restricted the flow of coolant to the satellites primary instrument, the Advanced Baseline Imager. Engineers worked to mitigate the problems, but the corrective measures decreased the satellite’s lifespan.

Both GOES-T and GOES-17 are part of the larger $11.7 billion GOES-R series, which is a four-satellite program intended to keep the system operational through 2036. A third satellite in the series, GOES-16, launched in 2016 and is operational over the eastern United States. The fourth — GOES-U — is set for a launch in 2024, according to NOAA.

The short-term benefits of GOES-T forecasting will also contribute to better long-range forecasts as the satellite works with the rest of the fleet and other satellites, said James Yoe, chief administrator for the multi-agency Joint Center for Satellite Data Assimilation that works to use such information for long-term climate forecasts.

By July, ABI data should be starting to flow and weather forecasts should have access to the data around then, although the satellite won’t be quite operational, Sullivan added. The satellite should be declared fully operational by January 2023, according to the GOES website.

Once GOES-18 is operational, GOES-17 will move into orbital storage as a backup weather satellite. The final satellite in the four-satellites GOES-R series, GOES-U, is currently scheduled to launch in April 2024. 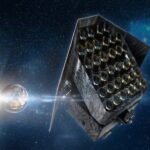 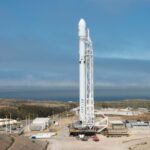