Around the world, astrophysicists are poring over the blips of gravitational waves that ripple through Earth when distant black holes or neutron stars collide. One of those astrophysicists is Christine Ye, a 17-year-old student from Eastlake High School in suburban Seattle.

She work on gravitational waves, in which she observed the ripples in space-time from a collision between a black hole and a neutron star, has earned her first place in the Regeneron Science Talent Search, a nationwide competition.

Ye’s interest in astronomy began in middle school, when she fielded an astronomy-themed project in a regional science fair. Wanting to explore more, Ye came across a group of researchers at the University of Washington who worked with the North American Nanohertz Observatory for Gravitational Waves (NANOGrav).

At first, Ye’s work was relatively simple: sifting through the mounds of data from gravitational wave observations. But the more she looked, the more she found herself paying attention to something traditionally under gravitational wave observers’ radar: the stellar corpses called neutron stars and a particular flavor of these objects called pulsars.

Black holes are gravitational wave observatories’ typical fodder, but tools such as the Laser Interferometer Gravitational-Wave Observatory (LIGO) and the European Virgo interferometer can see neutron stars, too. The problem is that neutron stars are less massive than black holes. As a result, when they collide or interact with each other, the ripples aren’t as strong, so it’s harder for gravitational wave observers to see them from Earth. “I got to spend a lot of time with NANOGrav, looking at and using pulsars,” Ye told Space.com.

Still, Ye began looking into the data. In particular, she started simulating binary star systems — how they might evolve and die, transforming into black holes and neutron stars that might collide and make waves. She wanted to see if her simulations might reproduce the waves that earlier astrophysicists had seen.

As a thought experiment to explain his concept, Ye describes a box with a weight inside. Threaded on a line, with a spring at each end bouncing the weight back and forth. In a vacuum – such as space – the effect of this would be to wiggle the entire box, with the weight seeming to stand still.

Ye’s work is currently being peer reviewed and will be published soon. Ye looks forward to a future in which astrophysicists and gravitational wave watchers can see more than one event at a time. 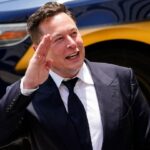 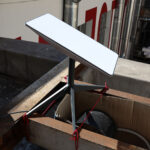