“Ten years ago, as a graduate student thinking I would spend my career on star formation, I looked at the data from Henize 2-10 and everything changed,” said Amy Reines, who published the first evidence for a black hole in the galaxy in 2011 and is the principal investigator on the new Hubble observations, published in the January 19 issue of Nature.

The supermassive black hole, situated roughly 34 million light-years away in the galaxy Henize 2-10, was seen spewing an enormous, 500-light-year-long jet of ionized gas from its center at around 1 million mph (1.6 million km/h), contributing to a “firestorm” of new star formation in a nearby stellar nursery.

“From the beginning I knew something unusual and special was happening in Henize 2-10, and now Hubble has provided a very clear picture of the connection between the black hole and a neighboring star forming region located 230 light-years from the black hole,” Reines said.

The discovery, made using NASA’s Hubble Space Telescope, is the first time a black hole in a dwarf galaxy (a galaxy with 1 billion or fewer stars) has been seen birthing stars. The remarkable finding was described in a study published Jan. 19 in the journal Nature.

Black hole-driven star formation was previously seen in large galaxies, but the evidence for such activity in dwarf galaxies was scarce. Dwarf galaxies are roughly analogous to what newborn galaxies may have looked like soon after the dawn of the universe, so investigating how supermassive black holes in dwarf galaxies can spark the birth of stars.

One of the world’s most famous telescopes went searching for a single black hole, and unexpectedly found a bunch of smaller black holes instead.

And what we see now with the Hubble Space Telescope is not permanent, as scientists expect the black holes in the center will eventually collide, combine and send out gravitational waves across space.

With the help of high-resolution images from the Hubble Space Telescope, the scientists detected a corkscrew-like pattern in the speed of the gas in the outflow. Their computer models suggested this was likely due to the precessing, or wobbling, of a black hole. Since a supernova remnant would not cause such a pattern, this suggests that Henize 2-10’s core does indeed host a black hole.

This discovery is yet another example of how complicated space is, and how much more we still have to learn about the evolution of black holes, stars and well, the universe at large.

“Before our work, supermassive black hole-enhanced star formation had only been seen in much larger galaxies,” Schutte said.

Black holes, as the name implies, cannot be seen. But we can track them by the radiation they emit and the motions of objects nearby. The star motions in NGC 6397, however, were diffuse and showed that they were being affected by several black holes bunching in the center of the cluster.

In the future, the researchers would like to investigate more dwarf galaxies with similar black hole-triggered star formation. 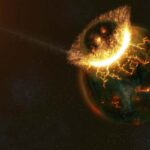 How was the Moon formed? | Stages of the Formation of the Moon 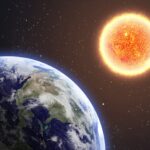