NASA says that so far, more than 4,500 exoplanets have been discovered and are considered confirmed. But all of these have been located within the Milky Way galaxy. Thousands of other “candidate” exoplanet have been detected, but require additional study.

The possible Saturn-sized planet discovered by Nasa’s Chandra X-Ray Telescope is in the Messier 51 galaxy. It is located some 28 million light-years away from the Milky Way.

This new result is based on transits, where the passage of a planet in front of a star blocks some of the star’s light and yields a characteristic dip in brightness that can be detected by telescopes.

The X-ray transit they found using Chandra data lasted about three hours, during which the X-ray emission decreased to zero. The team members used this technique to detect the exoplanet candidate in a binary system called M51-ULS-1.

“Unfortunately to confirm that we’re seeing a planet we would likely have to wait decades to see another transit,” said co-author Nia Imara of the University of California at Santa Cruz.

The transit lasted about three hours, during which the X-ray emission decreased to zero. Based on this and other information, the astronomers estimate that the candidate planet would be around the size of Saturn, and orbit the neutron star or black hole at about twice the distance Saturn lies from the Sun.

“We are trying to open up a whole new arena for finding other worlds by searching for planet candidates at X-ray wavelengths, a strategy that makes it possible to discover them in other galaxies,” said Rosanne Di Stefano, an astrophysicist with the Harvard-Smithsonian Center, who led the study.

The researchers say more data will be needed to confirm the observation as an actual “extragalactic exoplanet.” They say one problem is that the planet candidate has a large orbit, means it would not cross in front of its binary partner again for about 70 years, quashing any attempts to make a follow-up observation in the near-term.

“We know we are making an exciting and bold claim so we expect that other astronomers will look at it very carefully,” said co-author Julia Berndtsson of Princeton University in New Jersey.

If a planet exists in this system, it likely had a tumultuous history and violent past. An exoplanet in the system would have had to survive a supernova explosion that created the neutron star or black hole. The future may also be dangerous.

Exoplanets are hard for telescopes to identify. This is because the bright light of the stars they orbit can hide them. The identification process involves searching for drops in the light levels of stars. Such drops could be caused by a planet passing in front of a star. 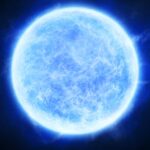 Pistol Star – A Blue Hypergiant | The Biggest Star we know 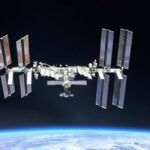