In 1927, an astronomer named Georges Lemaître had a Big Bang idea. He said that a very long time ago, the universe started as just a single point. He said the universe stretched and expanded to get as big as it is now, and that it could keep on stretching.

Just two years later, an astronomer named Edwin Hubble noticed that other galaxies were moving away from us. And that’s not all. The farthest galaxies were moving faster than the ones close to us. Most scientists think that everything that we know and experience around us began at a moment known as the Big Bang, 14 billion years ago.

Almost all of these galaxies are moving away from us – some at speeds of hundreds of thousands of kilometres every second. If most galaxies are moving away from us, it means that the Universe is expanding. If the Universe is expanding, then in the past it must have been much smaller. Go back far enough, and there was a moment when all the matter in the Universe was packed into a point and expanded outwards. That moment was the Big Bang.

In 1965 two scientists made a blockbuster discovery that solidified the Big Bang theory. Arno Penzias and Robert Wilson of Bell Telephone Laboratories detected faint microwave radiation that came from all points of the sky. They and other physicists theorized that they were seeing the afterglow from the Big Bang’s explosion.

The best evidence for the Big Bang is all around us in the cosmic microwave background, the radiation released once the universe had cooled sufficiently for atoms to form, when it was about 380,000 years old. And that is the point: everywhere in today’s universe was where the Big Bang was. “It’s not something that happened somewhere, but something that happened everywhere, including the space.

Big Bang theorists claim that all of the galaxies, stars, and planets still retain the explosive motion of the moment of creation and are moving away from each other at great speed. This supposition came from an unusual finding about our neighboring galaxies. After the Big Bang, the whole Universe was flooded with incredibly bright light. As the Universe has expanded, that light has stretched into microwaves.

Since the Big Bang explosion, they reason, the universe has been expanding. Space itself is expanding, just as the cake expanded between the raisins in their analogy. No matter whether you’re looking from Earth or from an alien planet billions of miles away, all other galaxies are moving away from you as space expands. Galaxies farther from you move faster away from you, because there’s more space expanding between you and those galaxies.

Adherents of the Big Bang believe that this small but incredibly dense point of primitive matter/energy exploded. Within seconds the fireball ejected matter/energy at velocities approaching the speed of light. At some later time—maybe seconds later, maybe years later—energy and matter began to split apart and become separate entities. All of the different elements in the universe today developed from what spewed out of this original explosion.

In popular conversation, the Big Bang is often used broadly to mean the mysterious primal event that created the universe, and it is commonly envisioned as a tremendous explosion emanating from a single point. But that is not what cosmologists mean by the Big Bang.

The “Big Bang” wasn’t a “bang” at all, at least not in the common definition. It didn’t explode in a scene of shrapnel and fire, and there was definitely no mushroom cloud. The Big Bang theory of the universe is derived from Albert Einstein’s general theory of relativity and the idea that the universe expanded from a miniscule dense collection of energy called a singularity.

Astronomers have recently found gas clouds like this in the distant Universe. Some of them are around 12 or 13 billion years old. Even at this incredible distance, we can tell what they are made of by using a technique called spectroscopy to analyse light that passes through them.

Modern telescopes are so powerful that they can view objects many billions of light years away, close to the time of the Big Bang. If the Big Bang did happen, then we’d expect those distant views to reveal clouds of gas which have not yet turned into stars and galaxies. NASA has launched two missions to study the cosmic background radiation, taking “baby pictures” of the Universe only 400,000 years after it was born.

Astronomers combine mathematical models with observations to develop workable theories of how the Universe came to be. The mathematical underpinnings of the Big Bang theory include Albert Einstein’s general theory of relativity along with standard theories of fundamental particles. Today NASA spacecraft such as the Hubble Space Telescope and the Spitzer Space Telescope continue measuring the expansion of the Universe.

The most famous evidence for the Big Bang comes from “redshifts,” the observed stretching of light from distant galaxies, but that’s hardly the only source of support. The spectrum and distribution of the cosmic microwave background exactly matches expectations of the hot Big Bang.

To examine the light from the galaxies, Hubble used a spectroscope, a device that analyzes the different frequencies present in light. He discovered that the light from galaxies far off in space was shifted down toward the red end of the spectrum. Where in the sky each galaxy lay didn’t matter—all were redshifted. Hubble explained this shift by concluding that the galaxies were in motion, whizzing away from Earth. The greater the redshift, Hubble assumed, the greater the galaxy’s speed. 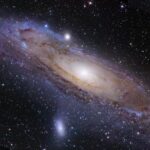 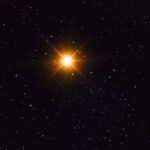