The head of Russia’s space agency warned Thursday (Feb. 24) that new sanctions imposed on his country could have dire consequences for the International Space Station program.

“Do you want to destroy our cooperation on the ISS?” read one of the tweets from Roscosmos Director-General Dimitry Rogozin, which was translated by Rob Mitchell for Ars Technica senior space editor Eric Berger, who shared Mitchell’s translation on Twitter. Russia and the United States are the major partners in the ISS program, which also includes Canada, Japan and multiple European nations.

A NASA spokesperson told CNN that it “continues working with all our international partners, including the State Space Corporation Roscosmos, for the ongoing safe operations of the International Space Station.”

Russia invaded Ukraine on Thursday in a series of military attacks. The action has drawn international condemnation as well as new economic sanctions, which U.S. President Joe Biden said would degrade Russia’s space program. NASA, however, told later yesterday that civil cooperation between the U.S. and Russia in space will continue, particularly with regard to the ISS.

The ISS, which is a collaboration among the US, Russia, Japan, Canada and the European Space Agency, is divided into two sections — the Russian Orbital Segment and the US Orbital Segment.

But Rogozin struck a much different tone, suggesting that the new sanctions could potentially result in the ISS crashing to Earth in an uncontrolled fashion. (The Russian segment of the ISS is responsible for guidance, navigation and control for the entire complex, according to the European Space Agency. And Russian Progress cargo craft provide periodic orbit-raising boosts for the ISS, to ensure that it doesn’t sink too low into Earth’s atmosphere.)

Rogozin’s tweets accused the United States of already “limiting exchanges” between Russian cosmonauts and their international counterparts, and said that further activity could irrevocably break the ISS agreement.

Pointing to Russia’s controlling function on the ISS, Rogozin said Biden is “out of the loop” and is unaware that it is due to the Russian systems that the space station can dodge “dangerous conjunctions with space junk.”

SpaceX has already launched more than 2,000 Starlink satellites and could eventually deliver about 40,000 of the craft to orbit.

The space station’s roughly 250-mile-high (400 kilometers) orbit causes it to collide with some particles of Earth’s atmosphere, which drags the complex down slowly over time. Just days ago, however, a Cygnus spacecraft built by aerospace company Northrop Grumman arrived at the ISS with a mandate to perform the program’s first operational reboost, which may eventually transfer this capability to U.S. vehicles as well.

“If you block cooperation with us, who will save the ISS from an unguided deorbit to impact on the territory of the U.S. or Europe?” Rogozin wrote. “There’s also the chance of impact of the 500-ton construction in India or China.”

But British Prime Minister Boris Johnson explicitly questioned the future of the International Space Station while speaking on the floor of the House of Commons on Thursday.

“I’ve been broadly in favor of continuing artistic and scientific collaboration,” Johnson said. “But in the current circumstances, it’s hard to see how even those can continue as normal.”

The blustery Rogozin is well known in the space community for a 2014 threat, during a different geopolitical spat also involving Ukraine, in which he suggested that American astronauts should go to space by trampoline instead of using Russia’s Soyuz spacecraft. (At the time, Russia was the sole provider of crewed trips to the space station; NASA retired its space shuttle fleet in 2011, and U.S. commercial crew vehicles such as SpaceX’s Dragon capsule were still in development.) 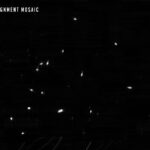 The James Webb Space Telescope showed us its first star 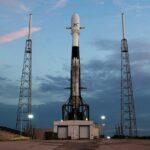