SpaceX launch 50 Starlink internet satellites and landed the returning rocket on a ship at sea (Feb. 25).

A little less than nine minutes later, the Falcon 9’s first stage came back down to Earth for a vertical touchdown on Of Course I Still Love You, a SpaceX droneship that was stationed several hundred miles off the California coast.

The satellites launching Friday will head for an orbital shell at an altitude of 335 miles (540 kilometers) and an inclination of 53.2 degrees to the equator. The orbital parameters will require the Falcon 9 to perform an in-flight steering maneuver, or “dog-leg” to avoid flying over populated areas in the first few minutes of the flight.

It was the fourth launch and landing for this particular booster. The first stage also helped launch the Sentinel-6 Michael Freilich Earth-observation satellite for NASA and the European Organization for the Exploitation of Meteorological Satellites in November 2020, as well as 60 Starlink satellites in May 2021 and NASA’s Double Asteroid Redirection Test spacecraft in November 2021, SpaceX representatives said.

The launch will also be the second this week to carry Starlink satellites into orbit, following the liftoff of a Falcon 9 rocket Monday from Cape Canaveral with 46 of the privately-built broadband relay stations. Friday’s mission will be SpaceX’s 38th launch dedicated to deploying Starlink internet satellites.

Such reuse is a priority for SpaceX and its founder and CEO, Elon Musk. Musk aims to help humanity colonize Mars, and the billionaire entrepreneur believes that fully and rapidly reusable rockets are the key breakthrough needed to make that happen.

The mission will mark the 150th flight of a Falcon 1, Falcon 9, or Falcon Heavy rocket since SpaceX debuted its launcher family in 2006. It will be the 21st SpaceX launch from Vandenberg, a military spaceport located on California’s rugged Central Coast between Los Angeles and San Francisco.

This launch was the third Starlink mission of February for SpaceX, after a 49-satellite launch on Feb. 3 and a 46-satellite liftoff on Monday (Feb. 21). The Feb. 21 mission marked the 100th landing of a Falcon 9 first stage during an orbital flight.

Related articles: James Webb Telescope everything you need to know

The Starlink network will number roughly 4,400 satellites when SpaceX is done building out the first phase of the network, spread among five different orbital “shells” at different altitudes and inclinations. SpaceX, founded and led by Elon Musk, has signaled it eventually intends to launch as many as 42,000 satellites. 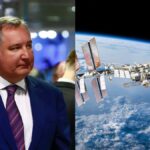 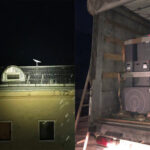