The United Arab Emirates has succeeded with the initial stage of its first-ever Mars mission, thanks to the launch of an H-IIA rocket built by Mitsubishi Heavy Industries. Launched from Tanegashima Space Center in Japan. The launch had originally been scheduled for July 14 but was delayed multiple times due to poor weather conditions at the launch site. The spacecraft separated from the rocket about an hour after liftoff and was expected to deploy its solar panels to power the seven-month cruise to Mars.

The rocket carried the Al Amal (Hope) Probe for the UAE, a Mars orbiter that is set to arrive at the red planet by February 2021. It will produce the first global map of the Martian atmosphere. And spend a Martian year (687 days) on orbit around Mars collecting data about its atmosphere.

Now that the SUV-sized spacecraft is on its way, Hope still has a long journey ahead of it — 300 million miles (500 million kilometers) long, in fact. The spacecraft will spend seven months trekking through deep space before slipping into orbit around the Mars. From that point, Hope will spend a full Martian year, or nearly two Earth years, orbiting Mars and studying its atmosphere.

Over its two-year mission, it will investigate how dust storms and other weather phenomena near the Martian surface speed or slow the loss of the planet’s atmosphere into space.

The Al Amar probe from the UAE has the specific scientific mission of taking measurements from Mars’ atmosphere, with the intent of helping scientists better understand how Mars went from being a warmer world with liquid surface water to becoming the incredibly cold, rocky and dry planet we know it as today.

Hope is equipped with three different instruments, an imager and two spectrometers. The first will provide detailed images of the planet’s surface while all three will gather data that lets scientists track what ingredients are located where in the atmosphere of Mars.

They decided to use Hope to build the first full picture of Mars’ climate throughout the Martian year, said Sarah Al Amiri, the mission’s science lead. The probe will aim to take a variety of measurements, allowing to explore different theories. Al Amiri says the team is especially interested in a possible link between dust storms and the loss of hydrogen and oxygen.

“It’s an honor to be part of the global efforts to explore deep space,” tweeted the official Hope Mars Mission account after the launch. “The Hope Probe is the culmination of every single step that humans have taken throughout history to explore the unknown depths of space.”

The $200 million Hope mission, also called the Emirates Mars Mission, its arrival was designed to mark the nation’s 50th anniversary. In particular, mission planners wanted a project that would kickstart the nation’s technology and science sectors as the country looks for an economic model that can sustain it beyond its oil wealth.

A successful Hope mission to Mars would be a major step for the oil-dependent economy seeking a future in space, coming less than a year after the launch of the first UAE astronaut, Hazzaa Ali Almansoori. He spent over a week at the International Space Station last fall.

The Emiratis involved in the program also acknowledged it represented a step forward for the Arab world, the home of mathematicians and scientists for centuries before the wars and chaos that have gripped wide swathes of it in recent times.

“It sends a very strong message to the Arab youth that if the UAE is able to reach Mars in less than 50 years, they could do much more,” Omran Sharaf, the project director of Emirates Mars Mission, told The Associated Press.

The Emirates Mars Mission (EMM) will be the first interplanetary venture of any Arab nation, but it’s not just a technology demonstrator. This marks the UAE’s first entry into deep space exploration. The probe was developed in just six years, and it’s a remarkable achievement for a country that only actually founded its space agency in 2014.

The Emirates previously built and launched three earth observing satellites, gaining experience from a collaboration with a South Korean company. The country also has a nascent human spaceflight program.

A newcomer in space development, the UAE has successfully put three Earth observation satellites into orbit. Two were developed by South Korea and launched by Russia, and a third — its own — was launched by Japan.

They’ve launched satellites twice previously, but this is their first extra orbital mission, and the probe was developed in just six years. For the Mars mission, the country took a similar approach to the earlier satellites by working with the Laboratory for Atmospheric and Space Physics at the University of Colorado, where Hope was built before being sent to Dubai for testing.

“It was great to see everything going according to schedule today. It looks like things are all on track. It’s a huge step in terms of space exploration to have a nation like the UAE taking that giant leap to send a spacecraft to Mars,” Astronomer Fred Watson said.

The UAE has big plans to keep pushing in space. It plans to build a ‘Mars Science City’ outside Dubai, which will be devoted to research and education, as well as entertainment. And like many other countries, the UAE is also now considering putting spacecraft, and perhaps people on the Moon. The share of the UAE’s gross domestic product spent on R&D has already risen from 0.5% in 2011 to 1.3% in 2018, and is on track to hit its goal of 1.5% by the end of next year.

Emirati engineers worked side by side with their counterparts in Boulder, Colo., learning and doing as they designed and assembled the spacecraft.

Simply making it this far was an impressive feat for the Gulf country. Most Mars missions take between 10 to 12 years to develop — but UAE scientists had just six years to carry out the project. 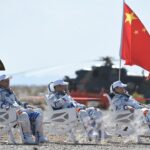 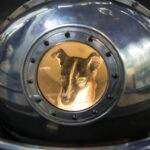