Sirius, also known as the Dog Star or Sirius A. It is the brightest star in Earth’s night sky. The name means “glowing” in Greek. The expression “dog days” refers to the period from July 3 through Aug. 11, when Sirius rises in conjunction with the sun. The ancients felt that the combination of the sun during the day and the star at night was responsible for the extreme heat during mid-summer.

René Heller at the Max Planck Institute for Solar System Research in Göttingen, Germany, says we could reach Sirius orbit, the brightest star in our night sky, in just 69 years. This is despite the fact that it is twice as far away as our nearest stars in the Alpha Centauri system, which would take at least 90 years to reach. Of all the stars in the sky, you might assume the closest to the sun would be the easiest to visit. But this may not be the case.

Sirius is 8 light years away, twice as far as Alpha Centauri, but 16 times as bright, so its light would help the spacecraft both speed up and then decelerate.

The idea is “innovative and interesting”, says Avi Loeb at Harvard University. “However, the concept requires an extremely thin sail if the goal is to reach a fraction of the speed of light.”

The time it takes to travel to the star system and then stay there is a function of the distance divided by the square root of the luminosity, so it would take less time to travel to Sirius compared to Alpha Centauri.

In April, 2018, NASA launched the Transiting Exoplanet Survey Satellite (TESS), with the aim of finding exoplanets orbiting bright stars. Because Sirius is a young star, it’s not likely to have planets orbiting it. Nonetheless, the data TESS collects can be used to study variabilities in star brightness and the appearance of supernovas.

These kinds of concerns are weighing on the minds of some of the planet’s most ambitious astrophysicists, who are wrestling with how they can make a project like Breakthrough Starshot, announced last year, actually deliver on its fantastic promise.

Breakthrough Starshot aims to zing its mini-spaceship to Alpha Centauri at speeds of up to 20 percent the speed of light, which would see it make the trip in 20 years. But the problem with this mind-boggling endeavor is that at such a breakneck speed, it would be impossible to slow the craft down once it reaches its destination.

The 20 years off the travel time to Alpha Centauri, the researchers say, but the greater brightness of Sirius – which shines 16 times as bright as Alpha Centauri – means a journey to the Sirius system would only take about 69 years, in their calculations with a starchip. 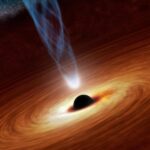