In October 2021, with all the rocket parts in place, NASA deputy associate administrator for exploration systems Tom Whitmeyer said the agency is targeting a window in February for the Artemis-1 launch, opening on Feb. 12 and closing on Feb. 27.

Artemis-1 will launch the Orion spacecraft from KSC launchpad 39B and orbit the moon before returning to Earth. No astronauts will be on board the first test flight, but later Artemis-2 will fly four astronauts on a similar path.

During an October news conference, NASA managers reflected on the Hunter’s Moon this week, saying it reminded them of the mission ahead: returning astronauts to the lunar surface, but this time to establish an ongoing presence.

Engineers and technicians successfully completed a second countdown sequencing test on January 24 inside the Vehicle Assembly Building at NASA’s Kennedy Space Center in Florida. This is one of the final tests for the SLS rocket and Orion spacecraft ahead the Artemis I mission, and brings the team one step closer to rolling to the launch pad in mid-February for the wet dress rehearsal test.

NASA’s most recent estimate for SLS development will total $9.1 billion, more than $2 billion above the previous number approved by Congress.

With those functional checks complete, the Core Stage engine section can now be closed out for launch over the next few weeks. “Getting that whole engine section closed out is a big milestone towards rolling out,” Cliff Lanham, NASA Senior Vehicle Operations manager for EGS at KSC, said in the January 13 interview.

A statement from the SLS Program emailed to NASA Spaceflight by NASA spokesperson Tracy McMahan said: “During checkout and testing, engineers detected a larger-than-anticipated amount of helium in the cavity between Interim Cryogenic Propulsion stage (ICPS) and the Orion stage adapter. Follow-on testing and analysis identified a helium purge line in the ICPS vent system as the probable source of the helium.”

Even under a new administration, NASA continued to push toward putting the first woman and first person of color on the moon by 2024. President Donald Trump moved the original goal of 2028 up by four years during his time in office. President Joe Biden has not expressed interest in pushing it back.

Throughout the journey, Orion will document its trip through cameras mounted to the spacecraft. At the furthest point, about 270,000 miles from Earth, Orion will take some “selfies” with Earth, Nasa explained Artemis-1 mission manager Mike Sarafin. The spacecraft will be put to the test on re-entry. It will need to slow from Mach 32 to zero throughout 20-minutes.

“When we come back from the moon, it’s going to come back far faster and far hotter than we did on that high Earth orbit mission,” Sarafin said. 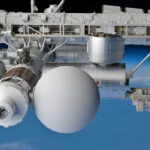 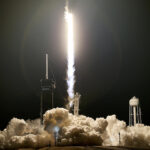