Elon Musk Company Spacex, successfully landed the Falcon 9 rocket booster on a floating platform in the Atlantic Ocean launched it a few minutes after latest Starlink mission from Florida. The Falcon 9 rocket standing about 160 feet tall which houses 9 of its engines and, a booster is in the bottom portion of the rocket. SpaceX took another step in its quest to push the boundaries of recycling rocket, landing one of its boosters for the record sixth time.

Within two weeks, Spacex has launched another 60 Starlink satellites which makes a total of 180 satellites delivered to orbit. Falcon 9 reusability set a new key record makes this launch more notable. This launch marks the 10th flight of its first-stage rocket booster. SpaceX as the rocket booster sets a record for reusable rocket with the most successful mission under its belt.

Flying from the Cape Canaveral in Florida, the launch took place at 2:42 a.m. EDT. For the successful tenth rocket landing in the Atlantic Ocean. SpaceX also returned the booster to its drone ship. The possibility that it could fly again making it a record setter. “It could be “possible” for a Falcon 9 booster to fly “100+” times with servicing and component replacement.” Says SpaceX CEO Elon Musk.

Including the uncrewed demonstration mission of “Crew Dragon”, which has previously flown by the Falcon 9 rocket. A seven prior Starlink satellite launches by the SpaceX astronaut spacecraft. The Starlink launch schedule just shows that how much SpaceX is aggressive with its reusable rockets. They have flown a number of mission before, most of which have employed rocket boosters. The megaconstellation broadband internet is one of them.

Falcon 9 is a two-stage reusable rocket, manufactured and designed by SpaceX for the safe transport of payloads and people into Orbit, Earth and beyond. Falcon 9 is the first world class reusable orbital rocket. SpaceX rocket reusability allows to refly it. Because it returns the most expensive parts of the rocket, which drives down the cost of space access.

The secondary goal of the mission was landing. Deploying of 58 Starlink satellites and 3 Planet SkySat satellites is also a primary goal achieved by the company. The 95th  successful launch since its founding in 2002 represents the company mission. Till now, SpaceX has landed 58 times rocket boosters and re-used these boosters for 40 missions.

The Company aiming to land boosters and recover half of the nosecone after launches. SpaceX current fleet of rockets are partially reusable. The total cost of a new rocket makeup about 70% of nosecone and the booster together. Falcon 9 rockets costs upwards of $62 million per launch for the company. But its leadership has said reusing rockets “can bring launches down to below $30 million per launch.” Spacex is also developing and it plans to replace its existing fleet to a fully reusable rocket called Starship.

In May 2018, after Falcon 9′s most significant upgrade. Musk touted the rocket as being “capable of at least 100 flights.” The company has since pared down that goal, as SpaceX president and COO Gwynne Shotwell said in March that “I don’t actually think we’re going to need to fly more than 10 times.”

By reusing rockets it is saving how much money. The company’s competitors have remained skeptical of its claims. Using expandable rockets, SpaceX’s competition both domestically and abroad. It break up the atmosphere and ocean after each launch. Tory Bruno, CEO of SpaceX’s largest U.S. competitor United Launch Alliance, said earlier this year that making reusing rockets economically feasible requires “around 10 flights as a fleet average to achieve a consistent breakeven point.”

The Cost savings is definitely accrue over time and, its key ingredient is reuse of boosters. Musk has previously said that “the economics are such that for its external customer flights, it’s at about “even” on the second use of a booster, and “ahead” in terms of costs by the third.” SpaceX has repeatedly set and broken its own reusability records, during its Starlink launch program. Indicating a key means of keeping the costs of building out its in-space satellite infrastructure as much as possible by using flight-proven boosters. 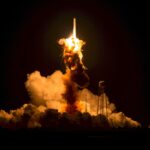