Blue Marble is a term used to describe the image of our planet floating in the vastness of space.

NASA operates 18 of the most advanced Earth-observing satellites ever built, helping scientists make some of the most detailed observations ever made of our world.

But since then, NASA has undergone several updates to this satellite image of Earth, which are available in the public domain and are for re-use.

Blue Marble was the first photograph taken of the whole round Earth and the only one ever snapped by a human being. You can’t see the Earth as a globe unless you get at least twenty thousand miles away from it, and only 24 humans ever went that far into outer space.

NASA’s release of the Blue Marble was in 2005, which included a much-improved 500 meter per pixel spatial resolution.

They were the three-man crews of the nine Apollo missions that traveled to the moon between 1968 and 1972, six of which landed there successfully (three men went twice). But only the last three saw a full Earth. All three have claimed that they took the famous Blue Marble Shot.

This satellite image of Earth consists of data collected from the VIIRS (Visible/Infrared Imager Radiometer Suite) instrument onboard the Suomi NPP satellite.

This satellite image of Earth consists of data collected from the VIIRS (Visible/Infrared Imager Radiometer Suite) instrument onboard the Suomi NPP satellite.

The 2015 version of the Blue Marble takes a different perspective from the previous versions. This is because it includes clouds and is just a single photograph taken on July 6, 2015.

Blue Marble new Earth imagery enhances the Blue Marble legacy by providing a detailed look at an entire year in the life of our planet.

They weren’t supposed to be taking pictures. Photo sessions were scheduled events in a rigorous flight plan that detailed every step essential to success. The film itself was strictly rationed like everything else on those perilous flights; there were 23 magazines onboard for the 70mm Hasselblad cameras, twelve color and eleven black-and-white, all intended for serious documentation purposes. They weren’t supposed to be looking out the window, either.

The original Blue Marble was a composite of four months of MODIS observations with a spatial resolution (level of detail) of 1 square kilometer per pixel.

Blue Marble: Next Generation improves the techniques for turning satellite data into digital images. Among the key improvements is greater detail in areas that usually appear very dark to the satellite (because a large amount of sunlight is being absorbed), for example in dense tropical forests.

Blue Marble: Next Generation offers a year’s worth of monthly composites at a spatial resolution of 500 meters. These monthly images reveal seasonal changes to the land surface: the green-up and dying-back of vegetation in temperate regions such as North America and Europe, dry and wet seasons in the tropics, and advancing and retreating Northern Hemisphere snow cover.

The ability to create a digital image that provides great detail in darker regions without “washing out” brighter regions, like glaciers, snow-covered areas, and deserts is one of the great challenges of visualizing satellite data. The new version also improves image clarity, and gives highly reflective land surfaces, such as salt flats, a more realistic appearance.

NASA policy is to credit the entire crew for all mission photography, so there is no official position. Ron Evans died in 1990 without relinquishing his claim, and forty years later there is still a running argument between Cernan and Schmitt about who took the Blue Marble Shot. 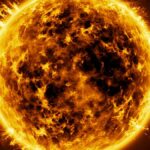 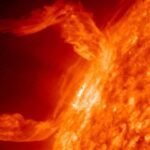