On Feb. 28, on the fourth day of Ukraine’s fight against the Russian invader, Ukraine submitted its application for European Union (EU) membership with a special expedited procedure. The application was accepted and has entered the process of consideration.

The move comes hours after Zelenskyy released a video appealing to the EU for membership and calling on Russian forces to go home. He urged the EU to allow Ukraine’s immediate entry under what he described as a “new special procedure,” on which he did not elaborate.

This does not mean immediate or rapid accession, but the process has been reduced three- or fourfold. Other countries have undergone this process over an eight- to 10-year period, but Ukraine will be able to join the EU much faster if all conditions are met.

When Ukraine can join the EU, this achievement will open up prospects for cooperation in all spheres of politics and business at the highest level. This holds tremendous potential for the development of the Ukrainian space industry.

As members of the EU, Ukrainians will have the chance to receive grant funding for space projects. European companies will be able to hire Ukrainian workers without bureaucratic obstacles and vice versa, and conduct joint training.

Ukraine is not currently recognized as an official candidate for EU membership, though it’s been part of an association agreement with the EU (in which both parties agreed to align their economies in certain areas and deepen political ties) since 2017, as Politico notes.

Ukraine has a rich legacy of space infrastructure and technology dating back to Soviet times, but in the last 10 years, more than 30 Ukrainian space startups have appeared. However, the average age of Ukraine’s leading space industry luminaries is over 50 years old. Thus, the country is focused on educating new specialists in the space industry.

Zelenskyy tweeted on Saturday that he had spoken with European Council President Charles Michel, writing: “It is a crucial moment to close the long-standing discussion once and for all and decide on Ukraine’s membership in the #EU.”

Implementing the terms of the Association Agreement improved business conditions for the Ukrainian space industry. Space entrepreneurship started moving toward the private sector, and young startups appeared on the scene.

A country can only apply once it satisfies certain conditions, including having a free-market economy and stable democracy and accepting all EU legislation as well as the euro. Then it submits its application to the European Council, which asks the European Commission to assess the country’s ability to meet those criteria.

The Association Agreement, designed until 2022, was created to expand Ukrainian cooperation with the European Space Agency (ESA). Volodymyr Taftay, the head of Ukraine’s State Space Agency, is also convinced that Ukraine can enter ESA. Thus, this past autumn, the State Space Agency presented its plans to make Ukraine’s accession a reality.

If the commission’s assessment is favorable, the European Council must unanimously agree on a formal framework for negotiations, which then take place between ministers and ambassadors of EU governments and the candidate country.

Ukraine is a part of the Artemis Accords, a NASA-led lunar exploration and development program that is getting much attention from ESA. Ukraine’s participation in the program will allow it to help develop technologies that can be used to create a lunar settlement.

“Due to the huge volume of EU rules and regulations each candidate country must adopt as national law, the negotiations take time to complete,” the EU explains.

Ukrainian space production plays a crucial role in the world market. Since 1950, when the state manufacturing enterprises Yuzhnoye and Yuzhmash were founded, Ukraine has been an important manufacturer of launch vehicles, rocket engines and space equipment.

Five countries are currently in the process of integrating EU legislation into national law: Albania, Montenegro, North Macedonia, Serbia and Turkey. Two others — Kosovo and Bosnia and Herzegovina — are classified as “potential candidates” because they do not yet meet the criteria to apply for membership.

No country can join the alliance without the unanimous buy-in of all 30 member countries, and many have opposed Ukraine’s membership, in part because it doesn’t meet the conditions to join. All of this has put Ukraine in an untenable position: an applicant for an alliance that wasn’t going to accept it, while irritating a potential opponent next door, without having any degree of NATO protection.

These companies are based in Ukraine’s space capital of Dnipro. It has long been a significant humanitarian nexus for refugees fleeing from Russian aggression in Eastern Ukraine. This has become even more the case since Russia launched its new invasion. Employees of many local space companies are helping collect aid for the population and the Ukrainian army to help defeat the Russian aggressor.

“Ukrainian space companies are not just continuing their work; they are also helping the country and the population by fulfilling their civic duty. After our victory, this powerful potential will be fully realized,” said Misha Rudominski, co-founder and CEO of Promin Aerospace.

He is confident that if Ukraine successfully joins the European Union, companies like Yuzhmash, the Yuzhnoye Design Bureau and private Ukrainian space companies will receive orders from ESA. 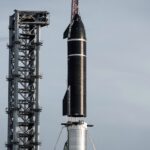 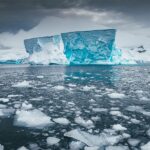