Apple CEO Tim Cook just announced the iPhone 14 pro, the high-end models for this year. xiPhone 14, iPhone 14 Plus, iPhone 14 Pro and iPhone 14 Pro Max. For the first time ever, Apple’s ‘Pro’ series iPhones offer notable upgrades over the non-Pro models. While the display size is the same — 6.1-inch and 6.7-inch — there are some big differences in other specifications.

The iPhone 14 Pro will start at $999, and the bigger model starts at $1099. That’s the same price as last year’s models. They go up for preorder on Friday and will ship next week.

These devices have a new front design with a smaller cutout for the front-facing camera which expands the device’s screen. Apple calls the cutout a “dynamic island” and it can essentially display notifications or other system information, such as baseball scores.

Both the new iPhones will launch in India in the first phase itself along with Australia, Canada, China, France, Germany, Italy, Japan, Saudi Arabia, Singapore, Spain, Thailand, the UAE, the UK, the US, and 30 other countries and regions. The iPhone 14 Pro and iPhone 14 Pro Max will be available to pre-order beginning at 5.30pm IST on September 9. The phones will go on sale starting September 16.

Apple announced a long-rumored capability to connect its iPhone 14 series to satellites for emergency services during its event on Wednesday, through a partnership with Globalstar.

The feature is designed to connect an iPhone 14′s antennas directly to a satellite, to send a message in areas unconnected by cell towers.

With two high-performance cores and four high-efficiency cores, the new 6-core CPU is claimed to be up to 40 percent faster than the competition. Built on an updated 4nm process, A16 Bionic features an accelerated 5-core GPU with 50 percent more memory bandwidth.

Apple’s manager of satellite modeling and simulation Ashley Williams said an algorithm in the phone compresses text messages to a size that will “take less than 15 seconds to send” to a satellite, before its relayed to a ground station and on to an emergency service provider.

The emergency satellite service launches in November, and is included free for two years with an iPhone 14.

iPhone 14 Pro and iPhone 14 Pro Max come with the new Super Retina XDR display that has an HDR brightness at 1600 nits, same as the Pro Display XDR. It peaks out at 2,000 nits — highest in a smartphone so far. Samsung Galaxy S22 Ultra peak brightness is 1750 nits.

Globalstar confirmed in a filing that it is supporting the iPhone 14 emergency satellite service, and will “allocate 85% of its current and future network capacity” to support the feature.

Satellite communications — which has several existing networks that support specialized, purpose-built phones — is undergoing a new era of investment.

Apple Watch’s Crash detection comes to iPhones with the iPhone 14 series. And this feature is there in all the four 2022 iPhones. With a new dual-core accelerometer and high dynamic range gyroscope, Crash Detection on iPhone can now detect a severe car crash and automatically dial emergency services when a user is unconscious or unable to reach his/her iPhone.

The iPhone 14 will start at $799 and the Plus will cost $899. Preorders start on Sept 9 and the smaller version will go on sale on Sept. 16. The Plus model won’t ship until October, though. 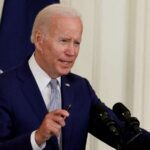 Biden to cancel up to $10K in federal student loan debt 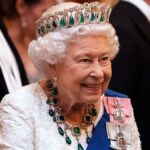