“The death of my beloved Mother, Her Majesty The Queen Elizabeth II, is a moment of the greatest sadness for me and all members of my family,” the new king, her eldest son Charles, said.

Queen Elizabeth II, whose seven decades on the throne of the United Kingdom was a longer reign than any other British monarch, has died at the age of 96.

The queen “died peacefully” on Thursday afternoon at Balmoral Castle, her estate in the Scottish Highlands, royal family officials announced.

On Queen Elizabeth II death, Charles automatically becomes king of the United Kingdom and the head of state of 14 other realms including Australia, Canada and New Zealand. His office confirmed we would be known as Charles III.

Other members of the royal family had also traveled to Balmoral, including her grandson Prince William, who is now the heir apparent. Prince Harry, who was already in the country for a charity event, was also reportedly en route.

News that the Queen Elizabeth II health was deteriorating emerged shortly after midday on Thursday when her doctors said she was under medical supervision, prompting her family to rush to be by her side.

The Queen Elizabeth II had been suffering from what Buckingham Palace had called “episodic mobility problems” since the end of last year, forcing her to withdraw from nearly all her public engagements.

In recent years, the queen had taken on fewer public duties, occasionally canceling appearances in which her attendance was once tradition. Mobility issues had troubled her in recent months, and she had taken to spending much of her time at Windsor Castle, the family’s country estate near London, and at Balmoral, the castle in Scotland.

Queen Elizabeth II, who was also the world’s oldest and longest-serving head of state, came to the throne following the death of her father King George VI on Feb. 6, 1952, when she was just 25.

She commanded widespread respect both at home and abroad, though she was criticized after the death of Princess Diana for being out of touch with the public mood.

She was crowned in June the following year. The first televised coronation was a foretaste of a new world in which the lives of the royals were to become increasingly scrutinized by the media.

Fifteen British Prime Ministers came and went during her reign, along with 14 U.S. Presidents. By the time she died, most Brits had never known another monarch.

Queen Elizabeth II became monarch at a time when Britain still retained much of its old empire. It was emerging from the ravages of World War Two, with food rationing still in force and class and privilege still dominant in society.

Queen Elizabeth II was the 40th monarch in a royal line that followed Norman King William the Conqueror, who claimed the English throne in 1066 after defeating Anglo-Saxon ruler Harold II at the Battle of Hastings.

Queen Elizabeth II was the 40th monarch in a royal line that followed Norman King William the Conqueror, who claimed the English throne in 1066 after defeating Anglo-Saxon ruler Harold II at the Battle of Hastings.

In June, Queen Elizabeth II appeared at her Platinum Jubilee celebrating her 70 years on the throne, watching the parade from a balcony of Buckingham Palace. But she missed most of the other festivities. And on Tuesday, she met with the U.K.’s new prime minister, Liz Truss, at Balmoral, a first in her reign.

And outside of Buckingham Palace in London, hundreds of mourners had gathered to lay flowers and pay their respects as a double rainbow arced overhead. 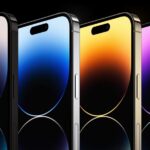 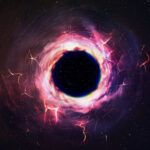